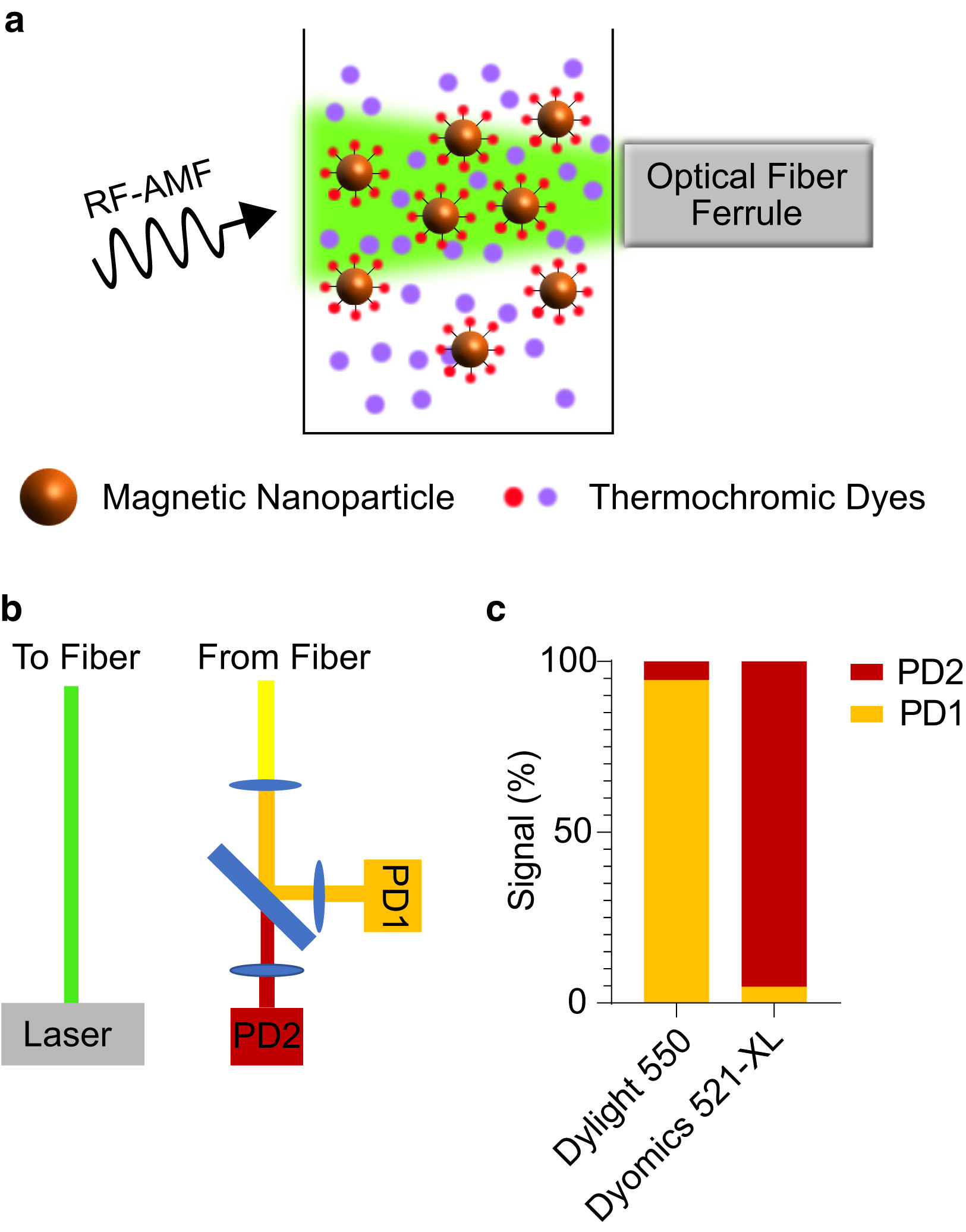 Recent suggestions of nanoscale heat confinement on the surface of synthetic and biogenic magnetic nanoparticles during heating by radio frequency-alternating magnetic fields have generated intense interest because of the potential utility of this phenomenon for noninvasive control of biomolecular and cellular function. However, such confinement would represent a significant departure from the classical heat transfer theory. Here, we report an experimental investigation of nanoscale heat confinement on the surface of several types of iron oxide nanoparticles commonly used in biological research, using an all-optical method devoid of the potential artifacts present in previous studies. By simultaneously measuring the fluorescence of distinct thermochromic dyes attached to the particle surface or dissolved in the surrounding fluid during radio frequency magnetic stimulation, we found no measurable difference between the nanoparticle surface temperature and that of the surrounding fluid for three distinct nanoparticle types. Furthermore, the metalloprotein ferritin produced no temperature increase on the protein surface nor in the surrounding fluid. Experiments mimicking the designs of previous studies revealed potential sources of the artifacts. These findings inform the use of magnetic nanoparticle hyperthermia in engineered cellular and molecular systems.