Three IBS Centers - Center for Quantum Nanoscience; Center for Artificial Low Dimensional Electronic Systems; and Center for Nanomedicine - have their 2017 papers selected as the outstanding 2018 R&D research publications from the government funding.

The Ministry of Science and ICT has been announcing 100 top national R&D papers every year since 2006 to raise the public interest in science and technology and to boost confidence of those in the fields. Among the evaluations criteria include assessment by the relevant government ministries, publication by major science journals, and public interest. 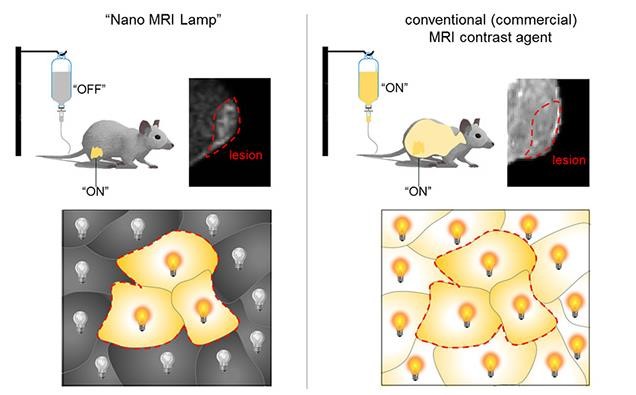 ▲ Differences between Nano MRI Lamp and the conventional MRI contrast agent. (Left) Nano MRI Lamp is turned "ON" only when it encounters the cancer-related molecule. Therefore, the diseased area is clearly distinguished from the other tissues in the MRI image. (Right) The existing MRI contrast agents are always turned "ON", regardless of the presence of the target molecule, making it difficult to differentiate between the cancer area and surrounding tissues

The Center for Nanomedicine also has its Nature Materials paper** included on the top 100 list. The research team developed the Nano MRI Lamp that tunes the magnetic resonance imaging (MRI) signals "ON" only in the presence of the targeted disease. Most importantly, the Nano MRI Lamp remains switched off until it meets a biomarker associated with a specific disease, allowing higher sensitivity. The scientists also found that the brightness of the MRI signal correlates with the concentration of an enzyme that can induce tumor metastasis.


The world's smallest storage medium by the Center for Quantum Nanoscience 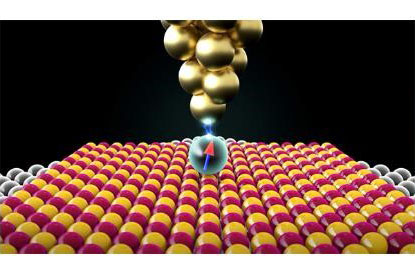 ▲ The magnetism of the holmium atom can be changed or read by flowing current through the STM tip.

The Center for Quantum Nanoscience's Nature paper titled "Reading and Writing Single-Atom Magnets" is in particular, selected as one of the top 12 papers. The research team led by Director Heinrich succeeded in developing the world's smallest storage medium. The scientists worked with Scanning Tunneling Microscope (STM), which has a special tip that enables the user to view and move individual atoms, as well as to apply a pulse of electrical current to them. They used this electric pulse to change the direction of magnetization of individual holmium atoms. By doing that, the team could write a memory of either 1 or 0 in a single holmium atom as well as swap the two. 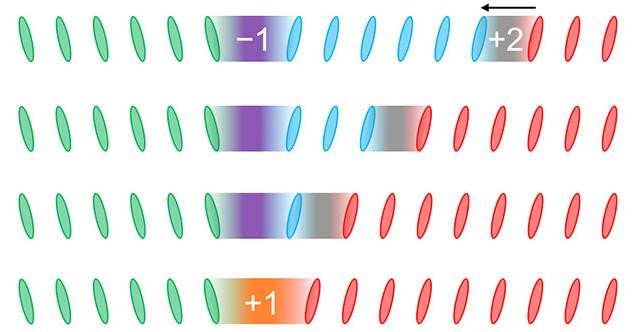 ▲ When two solitons meet, they switch type, following a quaternary system made of only four numbers: -1, 0, 1 and 2. In this case a -1 soliton meets with a 2 soliton to form a 1 soliton.

The Center for Artificial Low Dimensional Electronic Systems's work by Nature Physics* is among the top 100 R&D papers. Director Yeom and his research team demonstrated a novel way for quaternary mathematical system. Quaternary digit systems, and multidigit systems in general, have several advantages over the binary (0, 1) system that we are currently using. They allow more operations and information storage in less space and they could bring us a step closer to brain-like devices, which mimic the way information is computed and stored by our neuronal circuits.


The Ministry noted that the selection was made based on the impacts of the research projects on the society and economy as well as in the science community, in addition to the public survey.